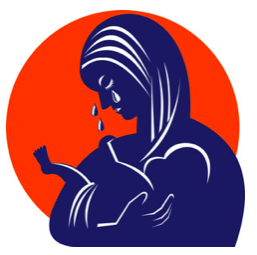 Not just Baby Blues – A Look into Postpartum Depression

This guest post is written by Dr. Dion Metzger, author of The Modern Trophy Wife.

I am noticing a rising problem among women.  Often described as the “baby blues,” new mothers are experiencing moderate to severe symptoms of depression and are commonly told by family and friends that these feelings of sadness are “normal.” Women often accept this popular but misleading piece of information and decide to wait things out in hopes of getting back to their happier selves in due time.

However, what I am seeing is that a significant number of women are experiencing extended periods of the “baby blues” which has actually developed into depression. What may have appeared to be typical symptoms to new mothers is now becoming an emotional burden for which few women are seeking professional help.

Approximately, 50 percent of women experience “baby blues” after childbirth. This consists of feelings of sadness, fatigue, frequent crying spells, worry and irritability. This is fairly short-lived where it lasts from several days to a week at most. For 10-20 percent of women, these symptoms last longer and can also be characterized by feelings of hopelessness, feelings of inadequacy (as a parent), severe guilt and difficulty sleeping. Depressed mothers often report not feeling an attachment with the baby, where they have no desire to hold them or feed them. Some women may even experience thoughts of wanting to harm their newborn child. This is when we would diagnose this episode as Major Depressive Disorder (MDD).  The criteria for MDD is having at least 5 of the symptoms listed above for two weeks or more. It is no longer “baby blues” and these women should start treatment right away.

Effective treatment options include psychotherapy and/or medications. Optimally, it would be best to go directly to a psychiatrist for an evaluation but they may also discuss their symptoms with their OB/GYN, primary care physician (PCP) or therapist. FDA approved medications for MDD include SSRI’s (serotonin selective reuptake inhibitors) such as Prozac, Zoloft and Lexapro.  Cognitive-Behavioral Therapy (CBT) is a very helpful form of therapy for depression treatment. It consists of the therapist helping the patient to recognize their bad thoughts and work towards changing them. It is considered a psychiatric emergency when mothers have thoughts of wanting to harm herself or the baby. These women will require immediate hospitalization.

Many women choose not to seek treatment due to the stigma of being labeled as “crazy” or feeling ashamed about their negative feelings towards their child.  It is important that they recognize that this illness can be just as impairing as a physical illness. In the patients I have treated, I have seen a significant improvement in their symptoms where mothers saw their depressive symptoms go away which resulted in them forming a closer bond with their infants. If anyone you may know is struggling with postpartum depression, I request that you urge her to seek help. This is a decision that will not only be in their best interest but for the child as well. We do not want depression to rob these women of enjoying the precious moments of motherhood.